This DVD features 20 years of trouble making from D.O.A. 10 action packed story line videos plus 3 live videos plus Joe’s sermon from the Mount. Songs include Disco Sucks (live from July 1, 1978), World War 3, Get Out Of My Life (live from NYC, 1981), War, Death Machine, Takin; Care Of Business, and more.

This DVD features 20 years of trouble making from D.O.A. 10 action packed story line videos plus 3 live videos plus Joe’s sermon from the Mount. Songs include Disco Sucks (live from July 1, 1978), World War 3, Get Out Of My Life (live from NYC, 1981), War, Death Machine, Takin; Care Of Business, and more.

There are no reviews yet. $14.95
Tenacious 17-song set from the masters of punk rock metal! This 17-song set was filmed & recorded at The Coronet in London on August, 29th 2004. It's presented here in Digital 5.1 Surround Sound, 2.0 Dolby Stereo & PCM Stereo. It also features an exclusive interview and on the road footage. G.B.H. originally formed in 1979 in Birmingham, England, then rose to prominance in the early '80s when hardcore punk began inching toward heavy metal. Through the years, they have remained a staple of punk rock fans worldwide. This DVD is a perfect example of their tenacious presentation.
Add to cart Slits – Here To Be Heard: The Story Of The Slits (DVD)

$21.95
The story of the UK Punk Rock band The Slits (Deluxe UK Edition) Contemporaries of The Clash and Sex Pistols and the grandmothers of the musical movement known as 'Punky Reggae', the film tells the story of the Slits, young women pioneers of the mid-70s Punk era from a female point of view and runs from the inception of the group in 1976 to its end in 2010 (coinciding with the death of lead vocalist, Ari Up).
Add to cart 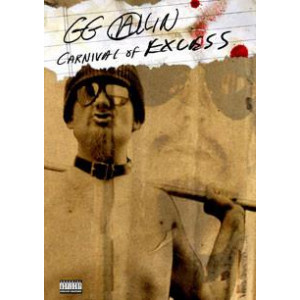 $19.95
GG Allin shares viewpoints that are uniquely his own in this candid exploration of Punk Rock's most polarizing figure An insightful view of GG Allin at his most candid as he talks about his life, his art and the baggage that accompanies being the Godfather of Scum Rock. Chock full of interviews, acoustic performances, pictures and music from time spent with GG in Charlotte, NC and Tampa, FL during 1991. No bloodshed or mayhem here, but what is revealed about this notorious legend is just as shocking and brash.
Add to cart
close